It is a good idea to check our repertoire lists  Where you can hear/practic what we are playing. (Explanation: Ramslag is at Metronomen Frederiksberg, while Udespil, are all other concerts)

The repertoire list for the next repertoire appears on the front page.

First wednesday after Ramslag, there is no repertoire, everybody is suggesting a number, by listening to what we have played you have a clue what people mostly are sugesting. You can also bring an IPad, although we prefer playing the music by heart, during exercise section you find many of us using our sheet music collection.

We start at 7.30 PM were we go through the some melodies in slow tempo
At kl. 8 PM, we start practicing on our regular repertoire, that you can see on the repertoire list.

Hus Forbi is not far from Vanløse station that is one of the end stations in the Copenhagen Metro, there are also local trains passing Vanløse station. 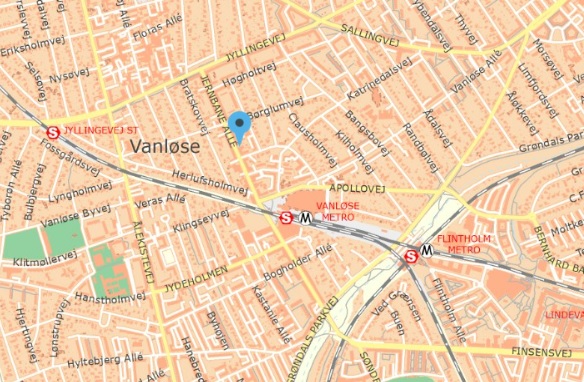